Samsara needed to stand out from the competition, and find a way to revive hundreds of accounts that had previously gone cold.

With Sendoso, Samsara was able to capture prospect attention with unique, personalized gifts and a sending program that has the ability to scale.

Samsara is leading the digital transformation of operations through an AI-powered, connected operations cloud. As a marketing manager at Samsara, a connected operations platform headquartered in San Francisco, Katie Downey is tasked with getting her product in front of a busy set of buyers. Her target customers are people with job titles like fleet manager or safety manager at transportation and warehousing companies, whose daily work requires overseeing every aspect of an organization’s physical operations.

“Our audience is often busy and can be hard to reach,” Katie explained, “But our direct mail campaigns with Sendoso help us get our message through.”

Prior to bringing on Sendoso, the team had executed direct mail campaigns but the process was manual and difficult to track. “We saw success with mail campaigns, but were unable to scale them due to logistical challenges,” Katie added, “Plus, handwriting dozens of notes and stuffing envelopes takes time, and tracking each send in UPS isn’t feasible.”

Katie kicked off a partnership with Sendoso last year, and was the first person to scale direct mail campaigns for Samsara. Responsible for “all things demand gen,” Katie saw direct mail as a unique way to get in front of prospects and open the door for further conversation.

People like the surprise and delight of getting a package in the mail. With Sendoso, sending 100 packages is just as easy as sending 10, so we’re able to double down where we find success.

One of Katie’s best-performing sending programs to date has been her “Let’s meat” campaign, which targets accounts that have historically had a hard time getting a demo booked.

“It’s our first push in a comprehensive door-opener campaign,” Katie explained. “It helps our ADR teams start a conversation with accounts that have gone cold, getting us closer to a demo.”

The “Let’s meat” campaign is centered around a low-cost send—a bag of beef jerky—presented in high end, eye-catching Samsara-branded packaging with a message that reads, “Open for a treat inside.” The packages were accompanied by a handwritten note from an ADR, who would follow up the same day to confirm the package was received and start a conversation.

Recipients who accepted a meeting were sent a $50 gift card as a thank you with the message, “I would have loved to take you out to dinner, but ‘let’s meat’ instead.”

“The pun and the emphasis on virtual meetings especially during the pandemic was crucial to the success of the campaign,” Katie explains. “In our industry, relationships are extremely important. Our campaign is designed to emphasize the sales rep who sent the gift, and to start to build that human relationship.”

Since launching the campaign in August 2020, it has influenced multiple closed-won deals and helped drive a 250% increase in pipeline sourced from direct mail— making it their most successful direct mail campaign to date and landing Katie the winner of the 2021 Sendie Award winner in the Out of The Box Category. And because the campaign generated great results, Katie is planning on replicating it to drive further success.

Sendoso arms our ADRs with a new excuse to call, and revive accounts that have gone cold.

A secret to Katie’s success has been a close partnership with the sales team. By empowering ADRs with light guidelines for sends, she’s been able to ensure sales follow-up—which has been central to the campaign’s success across hundreds of sends.

When she considers direct mail’s success, Katie likes to look back on her strategy before the pandemic.

“Back then, to connect with a prospect our reps would fly out of state, take them to dinner, and show them our solution,” Katie explained. “The ‘Let’s Meat’ campaign gave them the opportunity to meet virtually.”

Today, Katie uses several Sendoso features to optimize sending operations, saving time on logistics so the team can focus on developing prospect relationships. She uses Sendoso CSV uploads to quickly sync data, and Address Confirmation to ensure that the sends arrive at the prospect’s current address. She also appreciates features like being able to automatically add data to a Salesforce campaign, as well as being able to easily pull shipping tracking codes into emails.

“When I compare our previous manual sends to ones we’ve done with Sendoso, it’s night and day,” Katie explained. “Where Sendoso really shined against competitors was the ability to manage and track at scale a high velocity of packages.”

Working with Sendoso cuts out the logistical overhead with big sending campaigns.

What’s next for direct mail at Samsara? Currently, Katie is planning the next big push with Sendoso—and perhaps considering sending a vegetarian-friendly snack this time.

“It’s less about the actual gift, and more about what it means coming from the person who sent it,” Katie said.

Learn how you, like Samsara, can partner with Sendoso to scale your sends. 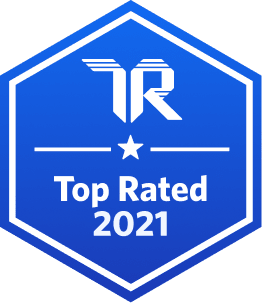